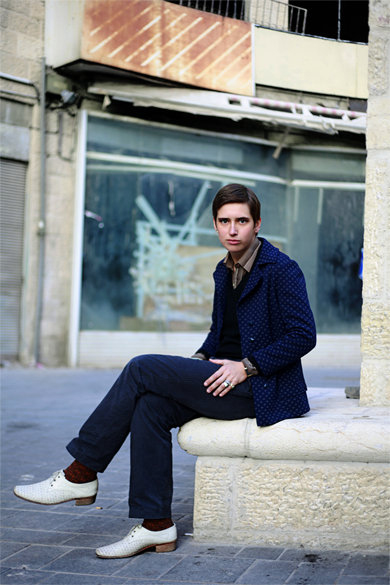 In her Ritual Memories series, presented at the third edition of SomoS’ Berlin Fashion Week exhibition on anthropology & fashion, Alter Angle, Klinke photographed adolescent, nude models adorned with strips of clothing and other props alluding to religious rituals in her Kreuzberg studio. Klinke forgoes retouching in her photographs.

Coming from a fascination for the sacred and how it manifests itself in intangible rituals and traditional garbs, Klinke began photographing children in ceremonial dress in rural European regions. A simple black backdrop and soft natural light bring out the incredibly detailed attire or simplicity of a plain dress. This lighting technique allows the portrayed children and their ritual robes to be the sole focus of the observer. While all portraits have been taken post 2010, they exude a sense of timelessness.