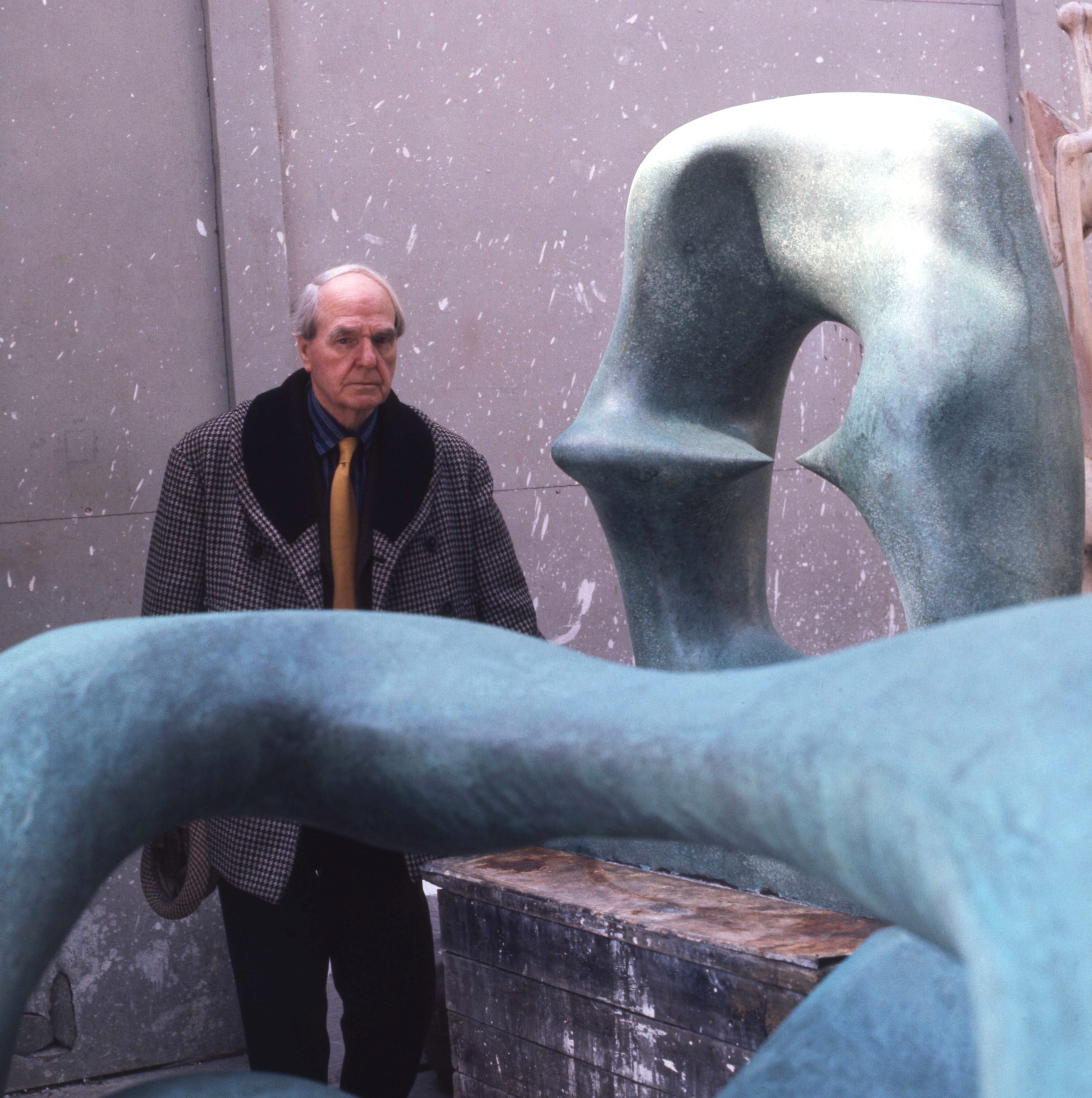 Henry Moore is one of the most significant British artists of the twentieth century. He was born on 30 July 1898 in Castleford, Yorkshire, the son of a miner and the seventh of eight children.

As a schoolboy Moore showed a talent for art but was encouraged to train as a teacher first. He did not enjoy teaching and signed up to serve in the British Army during the First World War. He was injured in 1917 by a gas attack during the Battle of Cambrai.

In 1919, thanks to an ex-serviceman’s grant, Moore became a student at the Leeds School of Art. He went on to attend the Royal College of Art in London in 1921. Moore later taught at the College and met Irina Radetsky, whom he married in 1929.

Numerous commissions and exhibitions in the 1930s enabled Moore’s reputation as a leading avant-garde artist to grow, but in 1939 war broke out again. Moore was recruited as an official war artist and produced his now famous drawings of people sheltering in the London Underground during the Blitz.

In September 1940, the Moores’ London flat was damaged by bombing and the couple moved to Perry Green, Hertfordshire. Hoglands, a farmhouse in the hamlet, became home for the rest of their lives. Their daughter Mary was born in 1946. Over time, Moore developed outbuildings into studios and Irina created beautiful gardens. Landscape was important to Moore and his work is often associated with nature. The human body is another recurring motif in the artist’s work and in Perry Green the analogies between the body and landscape could be readily explored.

International success characterized Moore’s career from the 1950s onward. In 1977 he established the Henry Moore Foundation to encourage wider enjoyment and opportunities in the arts.