A Vision to Behold

This introduction written by Elissa McGillvray was published in the exhibition catalogue:

"For those familiar with his work, this is not a departure from paintings past but a progression of common themes and a heightening of the understated drama within his pictures.  Wang’s women remain both ethereal and earthbound in their ability to project an untold narrative within the dreamlike confines of the painted canvas.

With these new paintings, Wang breaks away from solitary figures cropped to emphasize their faces, to using objects, animals, or an architectural structure to frame his female subjects, adding depth and detail to their private stories. Like the protagonists in a silent film, these women engage the viewer in a personal dialogue, offering a glimpse into a world where they represent the heroine, the muse, the stoic or tragic figure.

There is a beautiful union between purely aesthetic and conceptual principles in Victor Wang’s work that makes his sumptuous canvases irresistible. Unlike so many paintings devoted to the female form and face, Victor Wang’s work eschews sentimentality and objectification for a more symbolic reading, where the woman is a vehicle as much as a vision to behold. In this case, China’s Cultural Revolution remains the backdrop for Wang’s imagery, with the sunflower representing the people of China following Mao, the way the flower follows the sun. The flowers more often wilted, bring forth notions of life and death both spiritually and allegorically and they represent a significant part of the artist’s personal story. As do the women themselves, often depicted wearing the headscarves typical of the region where he grew up.

Wang’s use of the female subject is reminiscent of the Pre-Raphaelite women, particularly Dante Gabriel Rossetti’s A Vision of Fiammetta from 1878. Like the women in Wang’s painting, Fiammetta stands glowing against a dark background, apple blossoms abound, said to signify the transience of beauty. Rossetti’s models were ordinary women brought to life often as literary figures, representing both beauty and substance. Victor Wang has followed in this tradition, offering a veritable feast of elements to contemplate and appreciate for years to come." 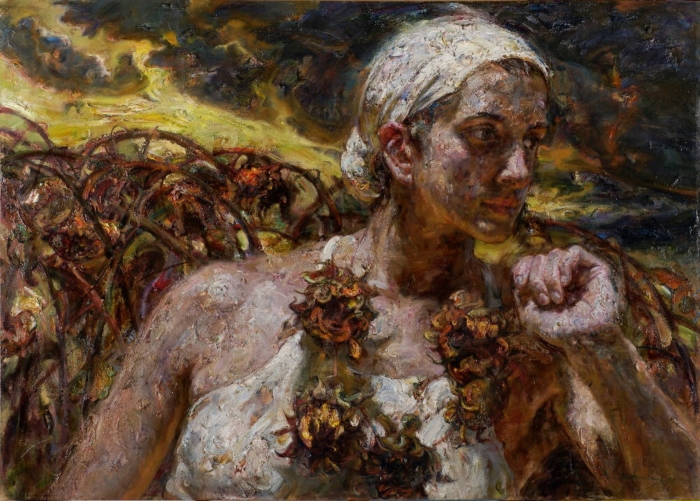 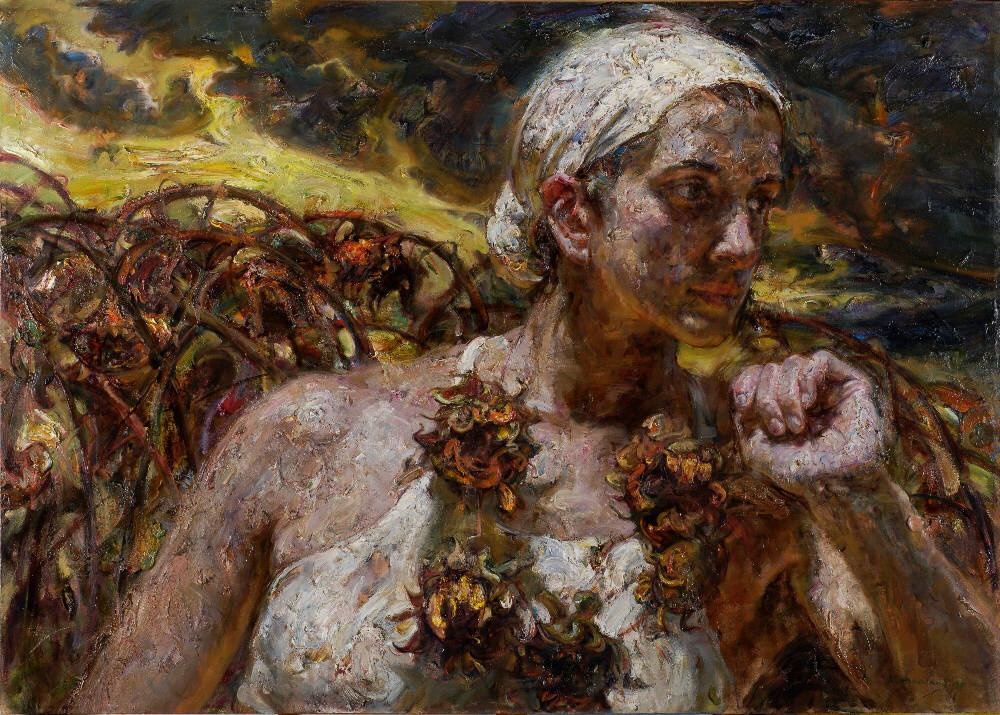