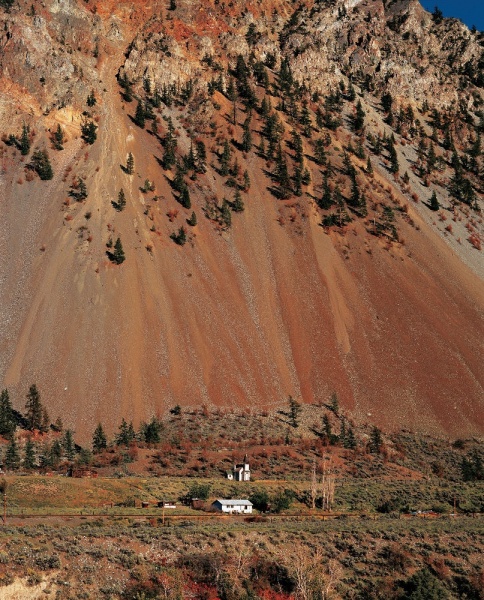 PRESS RELEASE – For Immediate Release
Eric Klemm: Impressions on the Land
May 5 – 31, 2006

The photographs, made by Klemm during treks throughout his home province of British Columbia, are varied in subject matter. "Pan West" depicts a stark vinyl-sided building against a clear blue sky. The wild-west mural painted on the building confronts the viewer with a deadpan stoicism inherent in its blocky symmetry and iconic composition. "Autumn Trees" is a sublime overhead view of a blazing hillside, which upon closer inspection reveals a dumping ground of old cars clinging to the precipice at impossible angles. There is poignant beauty in these photographs, and the remnants of human life transmit a haunting feeling of absence, akin to the effect of a cast taken off a living subject.

On The Road Again!