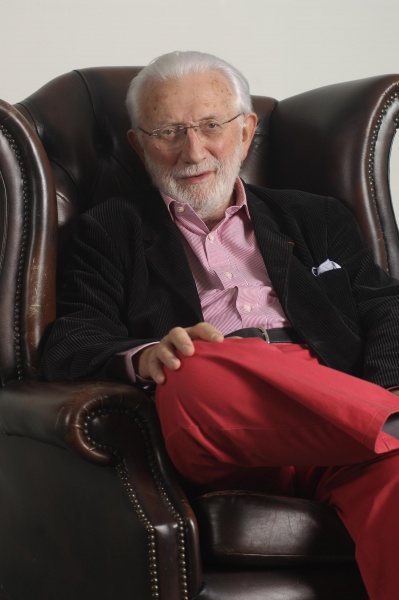 Odon Wagner Gallery is deeply saddened to inform you of the passing of our artist and dear friend, Lucien Clergue. Diagnosed with cancer in the winter of 2013, it was through extraordinary strength that he battled his illness over the past year.

We feel incredibly privileged to have worked with Lucien during his recent solo exhibition, La Lumière Transcrite, held at our gallery in May 2014. We fondly remember our time with him and were able to experience his tremendous passion and vivacious character. Lucien was a compelling story teller and a revered link to a past era.

Lucien's prolific career spread over six decades. His life was made exceptional by encounters and friendships that he shared through his images of such great figures as Picasso and Jean Cocteau. Lucien published more than 75 books and numerous films. His photographs have been exhibited world wide, including a legendary show at the Museum of Modern Art in 1961, the last exhibit organized by Edward Steichen. Lucien was awarded the Legion of Honor in 2003, and in 2005 he was bestowed with a Lucie award for Lifetime Achievement in Fine Art Photography. In 2007, Lucien was granted membership in the Académie des Beaux-Arts in Paris, becoming the first photographer to join this body and for duration of 2013, he was the President of the Académie.

Lucien Clergue will be greatly missed, but never forgotten by all who have been impacted by his work. Our thoughts are with Lucien's family.