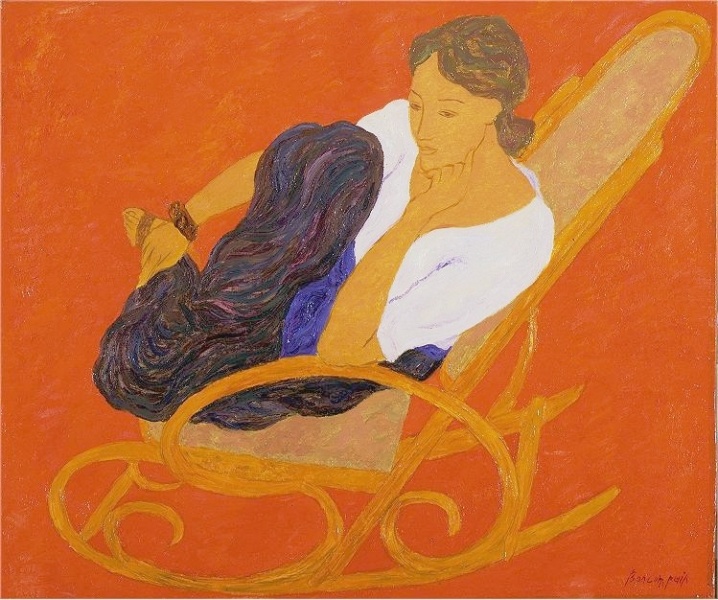 Featuring over 25 works by the French artist, the exhibition "40 Years of Painting" attracted thousands of visitors to Shanghai’s landmark modern art museum, also the home of the acclaimed Shanghai Biennale.

“Pierre Boncompain translates for the viewer the special atmosphere of Provence without giving in to the stereotypes that sometimes distort this land of light. With every stroke of his brush, he captures the fleeting moments of daily life. Everything about Boncompain’s paintings is calm. His colours, often deposited as flat planes, speak of the relentless mastery of his art. Each feature is executed with force and conviction. How does one describe a world in which female bodies, so sensual in shape, seem to float, and where the subjects painted intertwine and appeal to all of our senses? This may be simply the joy of painting…” [translation of commentary on Boncompain's oeuvre by Fan Zang Zan, the Director of the Shanghai Art Museum]

Follow the LINK to view Pierre Boncompain’s 2002 retrospective in Shanghai.

Join us on Thursday, Febraury 23 from 6-9pm for the opening reception of the exhibition "Visions of Provence" featuring oil and pastel paintings by the remarkable Pierre Boncompain. To view the complete collection LINK HERE to the artist's page on our website.