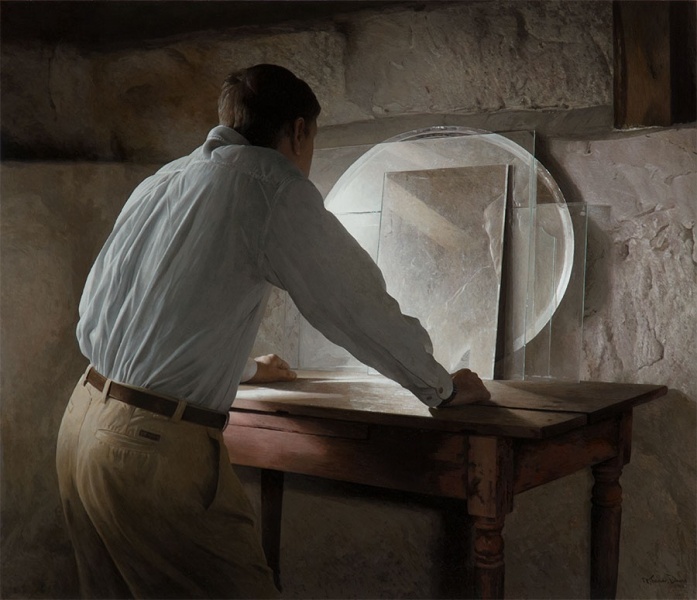 Odon Wagner Contemporary is proud to announce that Canadian realist painter, Richard Thomas Davis, has won the 2013 Kingston Prize for his painting, 'Basement Self Portrait' (Oil emulsion on honeycomb panel, 25 3/4 x 30in).

Richard Thomas Davis was born in Middletown, New York in 1947. He studied at the Pennsylvania Academy of Fine Arts in Philadelphia from 1965 – 1966. Davis's scrupulously painted views (whether of landscape, cityscape, human-scape or object-scape) are offered as ruminations upon that which will not be still, but now is still. It is as if he has withdrawn the air from his paintings. And consequently, his paintings which, now evacuated, have moved from studies of those things inhabiting the world to a new status as icons of the moment. Davis's iconic stillness is not the iconic stillness of religious devotion or transporting awe. Rather, his paintings offer modalities of a contemporary devotion—to objects, faces, cars, buildings and the residual landscape. (excerpt from Gary Michael Daults exhibition introduction, 2011).