The Stillness of Still-Life

Odon Wagner Contemporary presents The Stillness of Still-Life – a special collection of 15 paintings and 4 drawings by Canadian contemporary master Richard Thomas Davis. These oil & egg tempera paintings, the works on paper and a selection of printwork are available for purchase.  Please contact the gallery for information.

This introduction written by Gary Michael Dault was published in the exhibition catalogue:

"Memory is normally awakened by imprecision, not by exactitude. Memory is impressionistic, and doesn't usually stand up well to the searchlight of verisimilitude. Similarly, our déjà vu experiences tend to be watery, ephemeral, as wispy as fragrance.

All the stranger, then, to confess that my first response to Richard Davis's painting Basement, with its chalky, whitewashed walls, its high dusty window, and, stacked and leaning there, a few rolls of shiny leftover material (never to be used again) and some weathered boards (one with three nails in it), was that it was a view of my basement. Which is to say, the basement of my youth.

There is something about the objects in this picture of Davis's, and their placement—and more particularly something about the cold, raking light in which they are bathed—that locates this depicted basement (we ought not to lose sight of the fact that this hallucinatingly persuasive scene is made up, after all, only of pigment and not of objects or reveries) as a site both of potential constructive activity, making and repairing (the basement is both anterior to and a coda to useful physical activity), and also, at the same time, as a silent, evacuated place—a lonely and perhaps even disturbing place that lies adjacent to (and below) any normal life lived up in the full light of day.

I have gone on about Basement at some length (and these comments apply equally to his allied Storm Doors), but that is because the painting seems to me to clearly announce and exemplify a number of characteristics of the artist's work.

First and foremost, of course, is Davis's penchant for hair-raisingly persuasive realism—a realism that is, in fact, so real, so hyper-real, it tinctures each of the paintings with a curious, almost surreal (sur-real, to see more than what is real) visionary atmosphere that partakes as much of memory, meditation and speculation as it does a level-headed view of what is actually, palpably there in the world lying before us. As Allan Gwynne-Jones notes in his book, Introduction to Still Life (London: Staple Press, 1954), while the term still-life usually refers to a depiction of "a number of objects shown when they are still but not necessarily 'dead,' (in this regard, he points out, the French term, Nature morte is misleading)," the term, in a general sense, "is meant to apply to paintings composed in the main of objects animate or inanimate, but it may also include living things, birds, animals and even human beings, "provided the prevailing impression is of stillness" [my italics].

What follows from this is that Davis's depiction of curtain-walled cylindrical glass skyscrapers backboarding a superhighway on-ramp (Center City), his lunchbox-toting Aladdin and his steamy, bathroom-situated Self Portrait (how on earth do you paint a steamy mirror?), his afternoon bedroom (4:30) and his landscape, Sevier River Valley, are all legitimate still lifes.

In his own breed of still life, Davis certainly concerns himself with an exploration of the morphological there-ness of things and the light that now carves them iconically into being (note, in this regard, the undeniably pleasing objectness of the two New Brick and Glass paintings, the exquisite Five Iron Pots, two of them occluded by the picture's edge, and the pleasing chunkiness of the wooden float paintings—Buoys in Cardboard Box and Odd Man Out). But he seems equally concerned to present these examinable objects (and rooms and buildings and people) as now seized up in a startling flash-frozen cessation of all motion (will the steam ever clear in Self Portrait? Will that big old ancient station wagon ever make it up the on-ramp?), a time-stopping lifting or ascension of the natural world into a sudden new "unnatural" world of infinite inspection.

Nothing stands still. But Richard Davis's paintings allow you that curious sensation—that lies closer to dreaming than to everyday, sublunary life—wherein a great, massive slowdown of the frenetic energies, the neutron-dance of real-time, reallife things, is offered at the level of a new fiction: timelessness and spacelessness.

In this regard, it is useful—and pleasurable—to look at Davis's consummately accomplished female nude, Aglaia, (1999-2001). Here is perhaps an archetypal example of the artist's generation of the infinite quietness that positions his subjects in that strange pivotal place between realism and the iconic. His monumental nude, who is "real" enough to be seen holding the edge of the painting for support, and who appears capable of quiet breathing as she and the viewer gaze upon one another, is nonetheless tantalizingly seized up both in time and space so that she is and is not. She is, in fact, part of the thrilling perplexity felt by poet John Keats in his Ode on a Grecian Urn, when he recognizes that "Heard melodies are sweet, but those unheard are sweeter." The stasis of art means that, both in the case of Keats's Attic maidens and of Richard Davis's numinous nude, "She cannot fade, though thou hast not thy bliss. For ever wilt thou love, and she be fair!"

Davis's scrupulously painted views (whether of landscape, cityscape, human-scape or object-scape) are offered as ruminations upon that which will not be still, but now IS still. It is as if he has withdrawn the air from his paintings. And consequently, his paintings which, now evacuated, have moved from studies of those things inhabiting the world to a new status as icons of the moment. Davis's iconic stillness is not the iconic stillness of religious devotion or transporting awe. Rather, his paintings offer modalities of a contemporary devotion—to objects, faces, cars, buildings and the residual landscape. 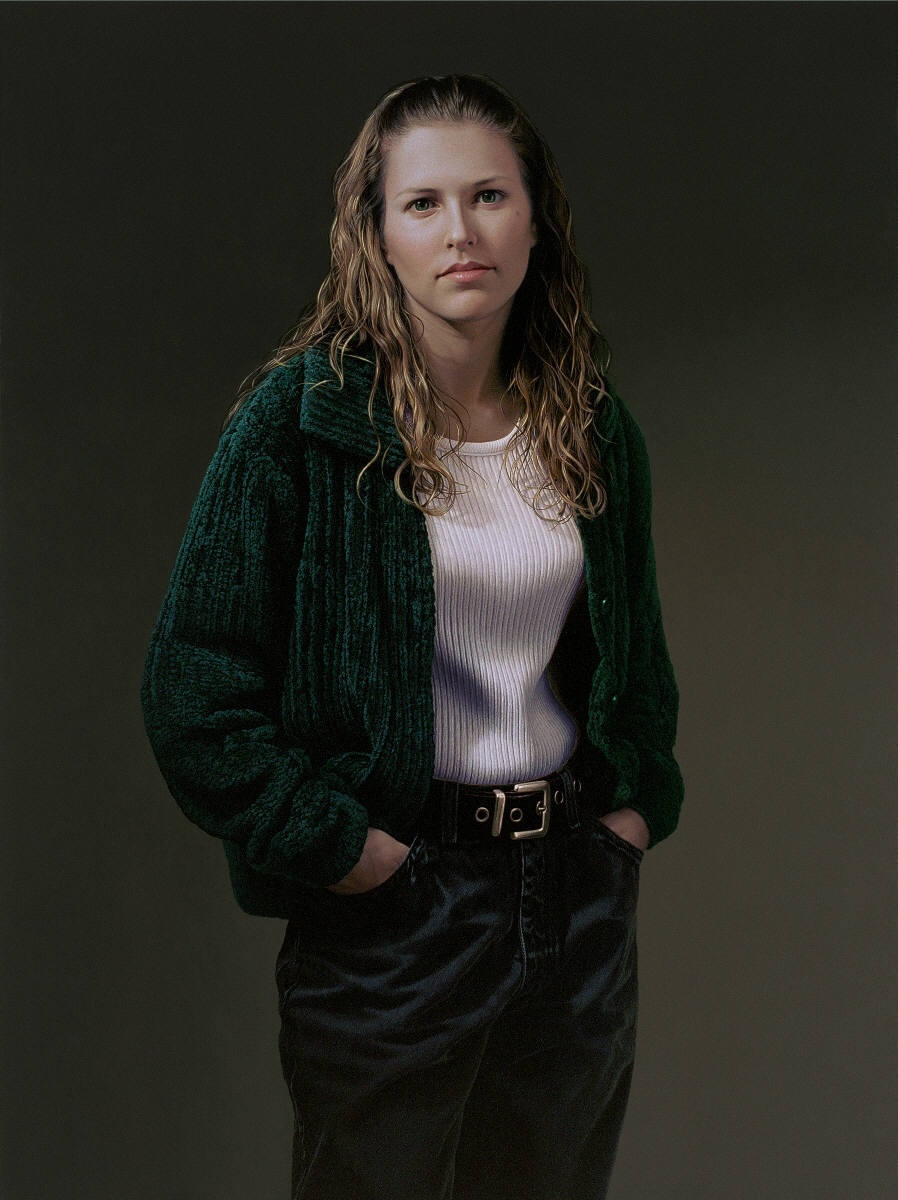 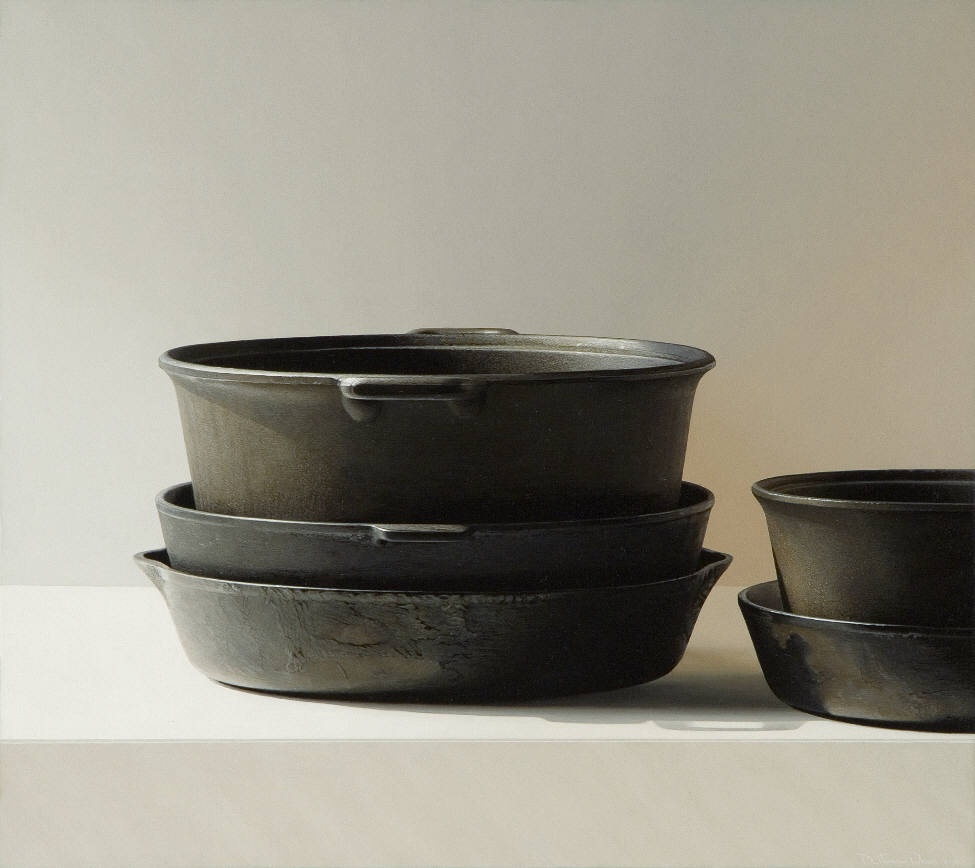 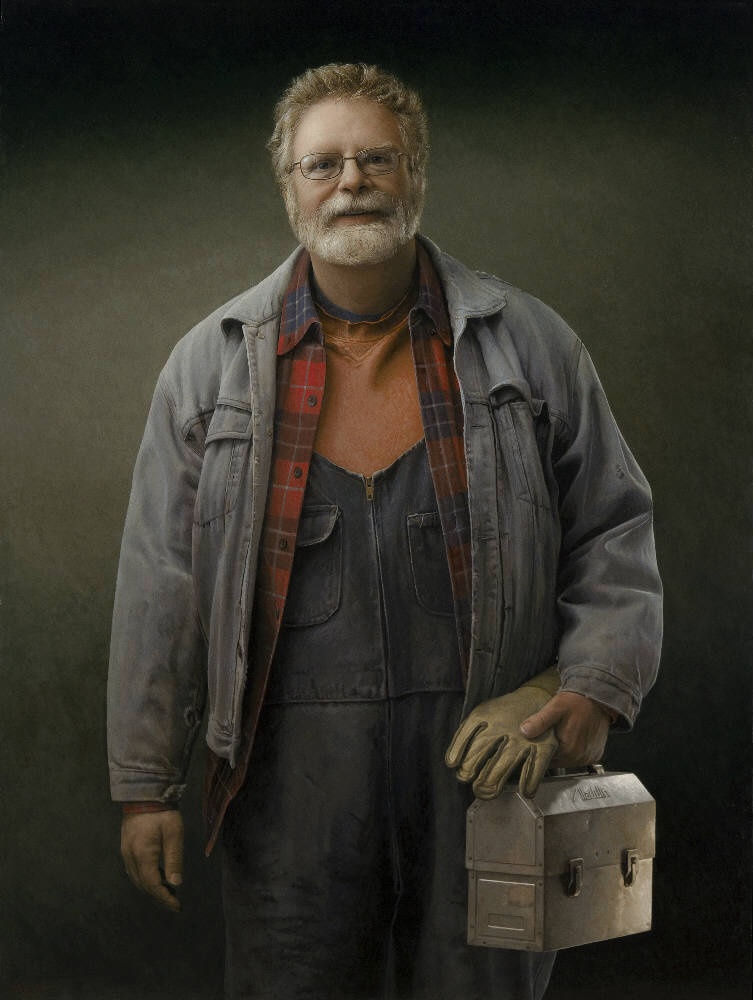