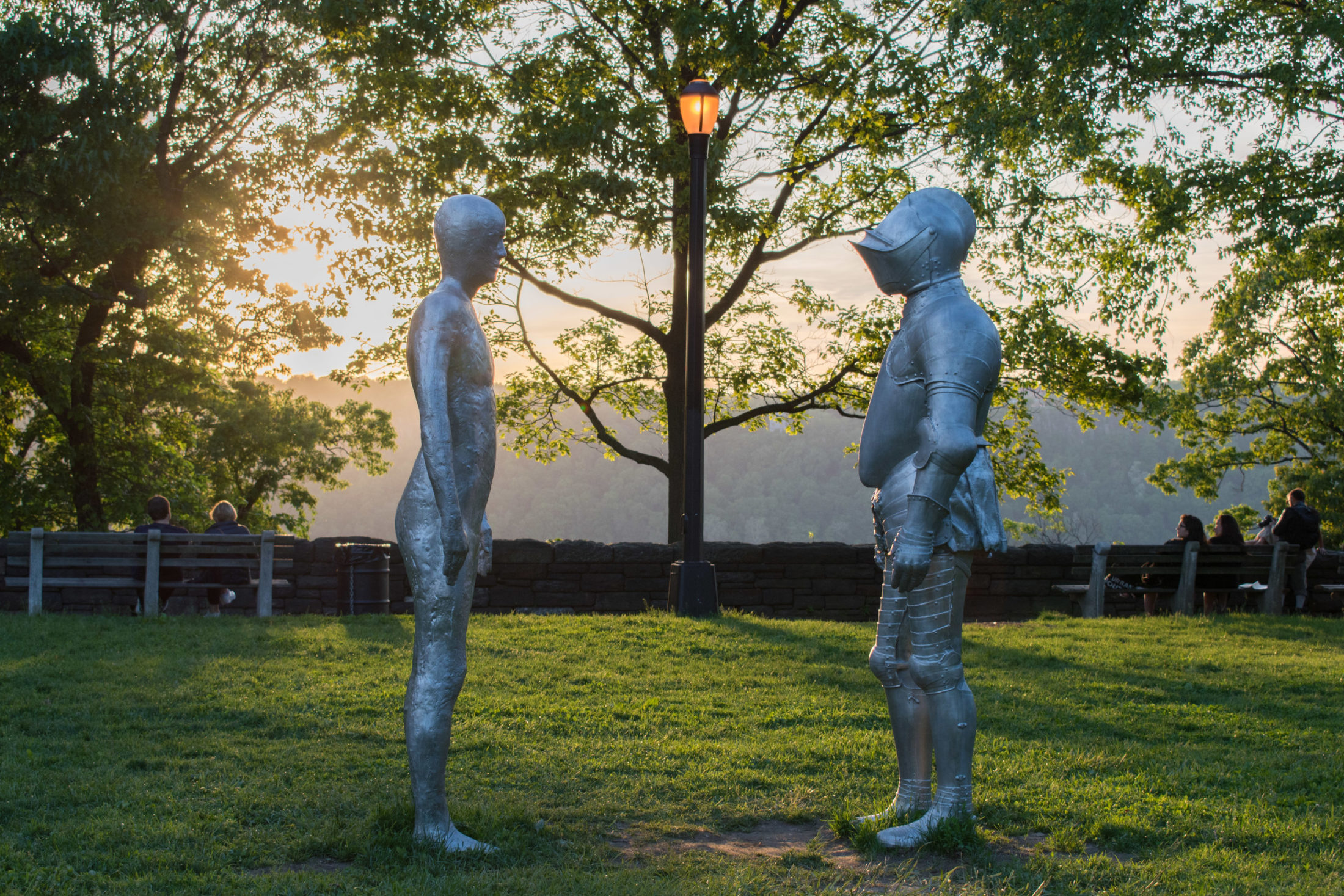 This site-specific project in New York City’s Fort Tyron park, features the work of OWG’s sculptor Steinunn Thorarinsdottir, specifically three androgynous, humanlike figures in dialogue with suits of armor cast from a custom 3D scan of a carefully chosen suit of armor from The Metropolitan Museum of Art’s permanent collection.

The androgynous figures central to ARMORS are made to represent the general human psyche rather than a distinct sex or ethnic identity. Though the installation’s incorporation of armor unavoidably references the current global prevalence of war, ARMORS isn’t principally about any one war or even the concept of war. Rather, it uses the suit of armor as an iconographic tool; a collective symbol of guardedness and power standing antithetically to—yet in curious dialogue with—the nude, open spirit of the human like figure.